When Traci Zeller’s clients bought their Myers Park home, they decided to turn an upstairs room, originally budgeted as a guest room, into a place where their two kids could have sleepovers. The sloped ceilings didn’t leave much space for traditional beds, so Zeller and her team designed built-in bunk beds to maximize the space. With a high school-aged son and a middle school-aged daughter, the homeowners also wanted the room to have unisex decor. “They’re an athletic family, and they love nature and the outdoors,” Zeller says. “The husband’s style is more modern, and the wife is more earthy, so we made it earthy, sophisticated, and modern, which is kind of an odd combo, but I think we managed to hit it.”

The homeowners worked with the team at Simonini Homes to complete the new build, so the room was a blank canvas when Zeller came onboard. They added shiplap to the walls and enlisted Envision Millworks to install the custom bunk beds. “The shiplap goes all the way up the sides to protect the walls from dings,” Zeller says. “We put cubbies behind the pillows on each bed; they’re like a recessed shelf for an alarm clock or phone.”

Zeller chose Sherwin-Williams’ Snowbound for the walls and Sherwin-Williams’ Iron Ore for the bunk beds. “It’s a great alternative to a harsh black,” she says. “We could have painted the bunk beds white like the millwork; it would have been really easy. But I think the bunks are so architectural, so we ended up going with the dark gray so it jumps out at you and highlights that feature. That’s what makes the room sing.”

The homeowner had some old Pendleton wool blankets she wanted to use to make pillows, so Zeller built their palette around that aesthetic. She chose a feather patterned fabric for the custom Roman shades, an overhead light from Visual Comfort, sconces from Savoy House, and wall-to-wall carpet from Hall’s Flooring that “wears like iron.” The result is a comfortable, durable teen retreat. “It became an earthy, organic scene without being blue and green,” Zeller says. “It’s more like sunshine and outdoors. It’s a youthful, outdoorsy, unisex bunkroom.” 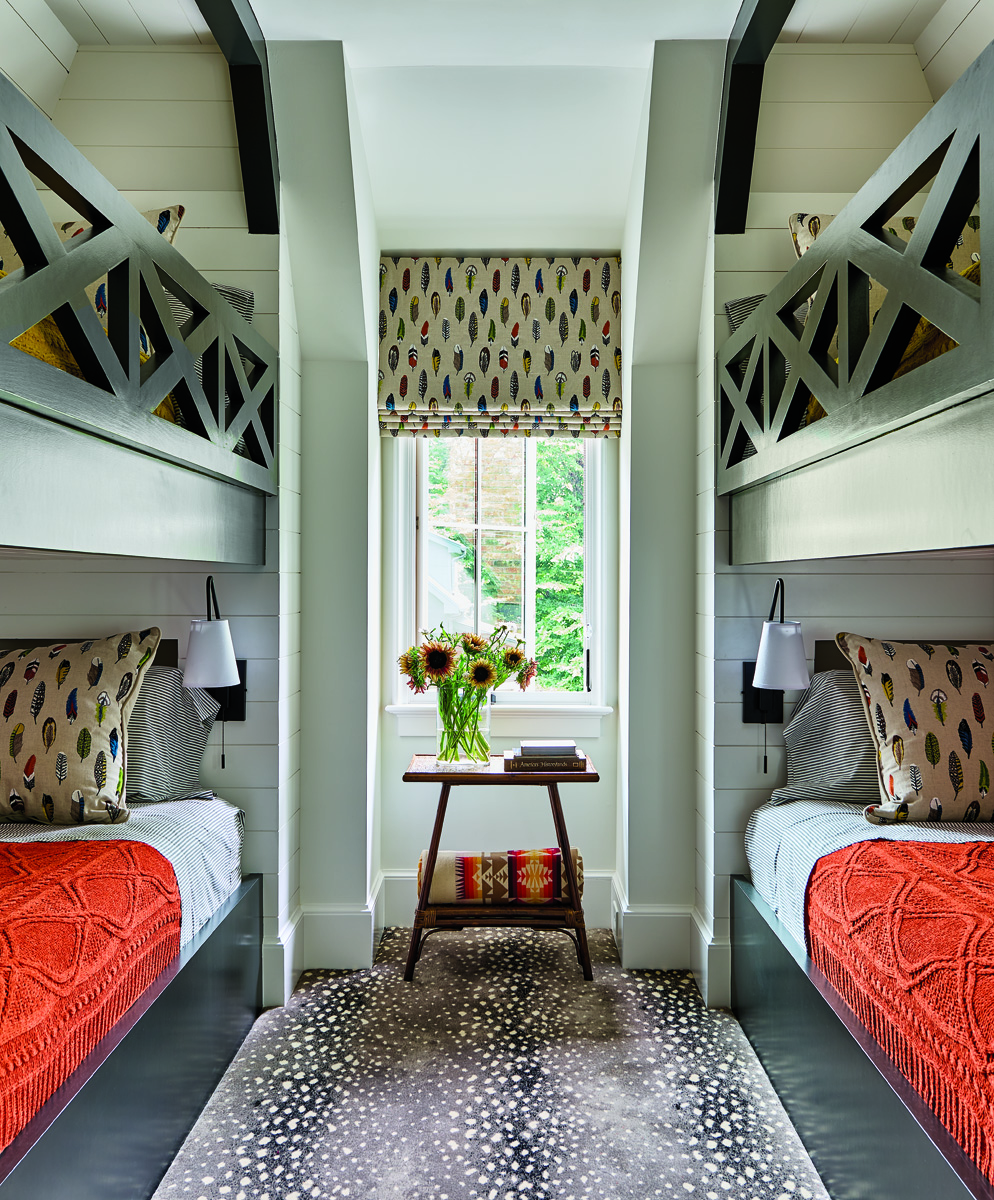 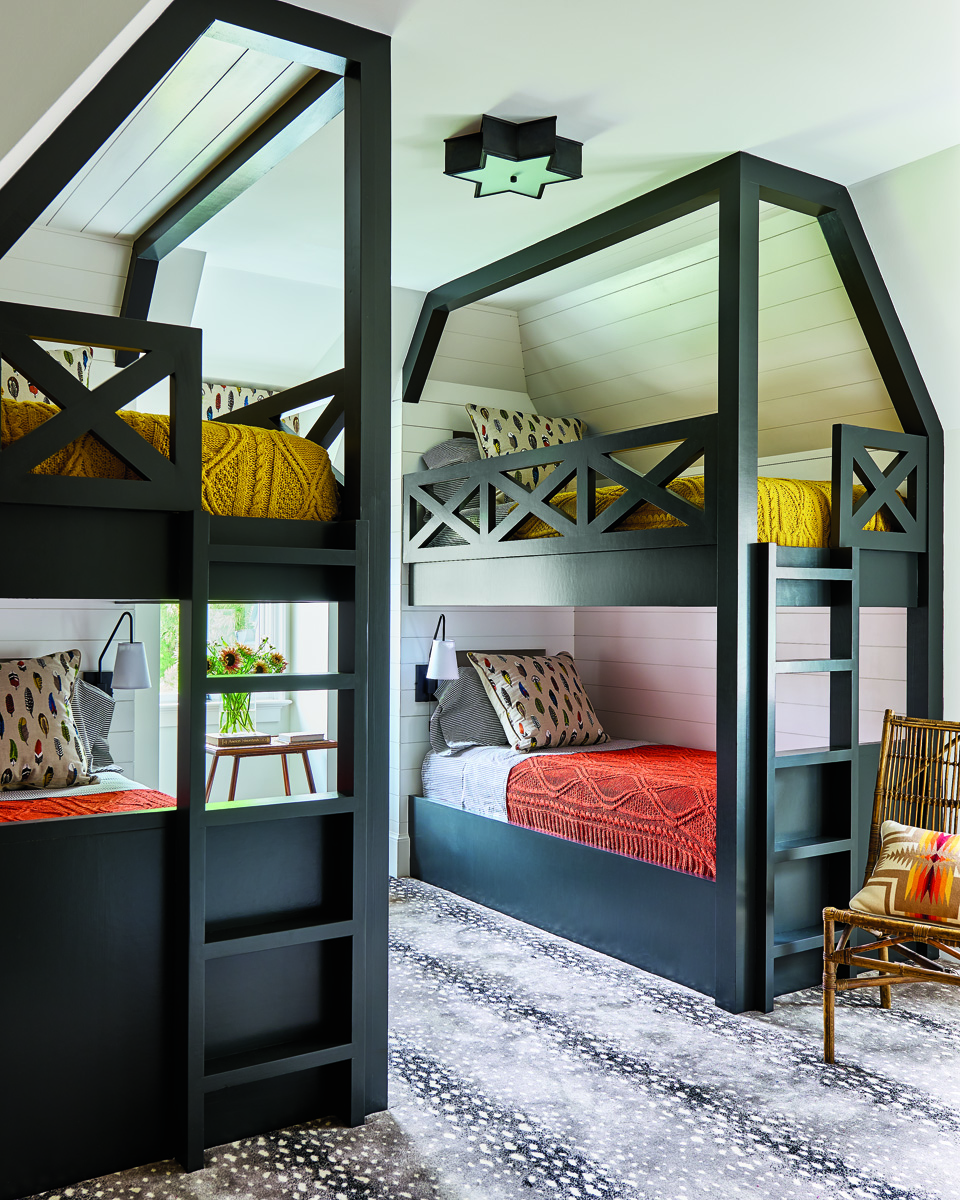