The latest from our resident kid baker

Lily Barnes is our 10-year-old resident kid baker. Each month she shares an original recipe that kids can make at home with their parents, plus a few behind-the-scenes tips and tricks to make your treat extra special. Here is Lily’s recipe for Almond Flour Cake with whipped cream and fresh berries:

I wanted to make the almond cake because my doctor has been encouraging me to make a healthier recipe. I have been learning about different flour that I can use instead of all-purpose flour. Almond flour and coconut flour are great choices. I have used monk fruit sweetener instead of sugar too. I added fruit as a topping!—Lily 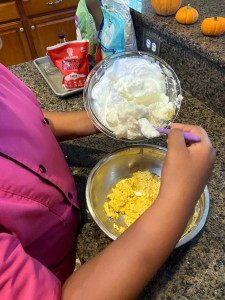 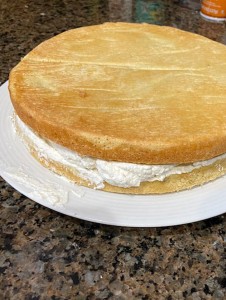 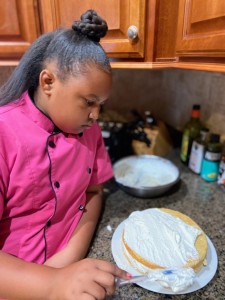 *Top each cake with the whipped cream and layer. You can top the cake with fresh fruit if your choice!

THE PINT-SIZED FOODIE: An introduction to Easy Like Sunday

Holiday Outings to Know in South End and Uptown

5 Places to Volunteer as a Family in Charlotte

Holiday Outings to Know in South End and Uptown