When beach days come to an end and school is back in session, it can be tough getting little ones back into a routine. Instead of giving them an iPad for hours of distraction, though, there’s a much better use of their time as late summer settles into fall.

While it’s never too late to learn a second language or take an art class, studies show that learning a second language is easier in childhood. And the good news is, Charlotte parents don’t have to be bilingual in order for their kids to speak new sounds—not anymore, at least.

Art-Kiddo is a new Charlotte-based company that seeks to “provide children with the necessary tools to discover the world of art through Spanish immersion and bilingual instruction.”

Art-Kiddo hosts art classes and camps, but the instructions are told in the new language. Second language acquisition is even stronger and more natural when it occurs in an immersive environment, thus the idea. Because Art-Kiddo students are learning to perform a variety of tasks in a new language, their minds are working on many levels. 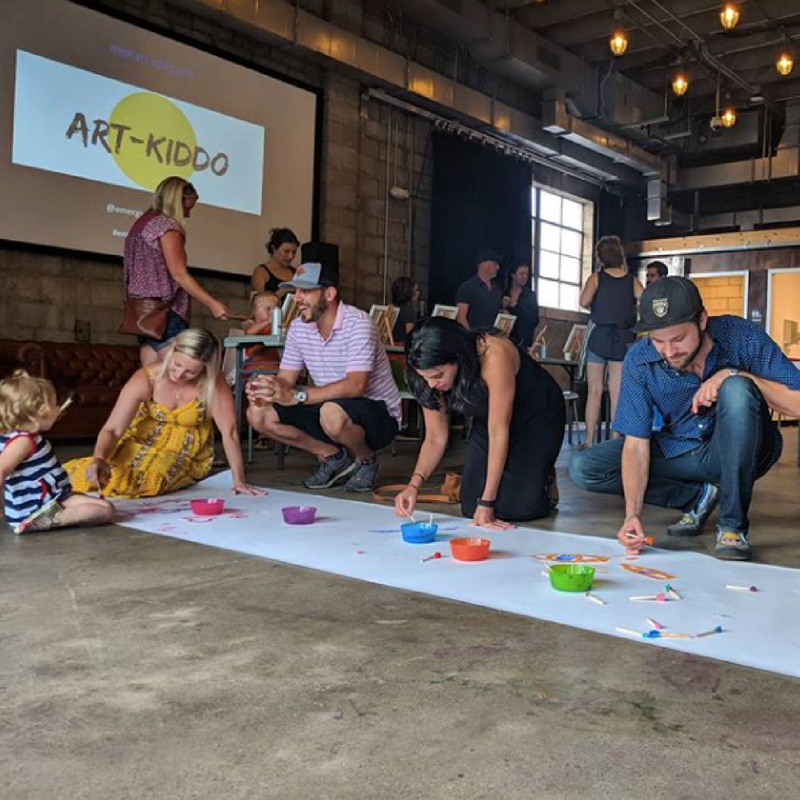 Art-Kiddo’s enrichment programs, often taking the form of half-day camps or hour-long classes, are the types of artsy camps you wish you had when you were a kid. Mask-making, painting, and even collage-making are all part of the curriculum at the upcoming E-ART-H camp at Wing Haven Gardens, for example.

During these sessions, Art-Kiddo’s passionate team—the unsung heroes of the whole operation—also work to enhance children’s social and emotional skills, sensory regulation, motor skills, behavior, and leisure skills. Speaking of the team, it might be nice to know your kids are in the hands of fellow parents.

Art-Kiddo Founders, Sol and Elo, who are native speakers of Spanish, never thought to offer such services until they were discussing the lack of opportunities for their own kids to learn Spanish outside of their households. With their own children in mind, Sol and Elo married their passions and started Art-Kiddo.

Sol and Elo, founders of Art-Kiddo. 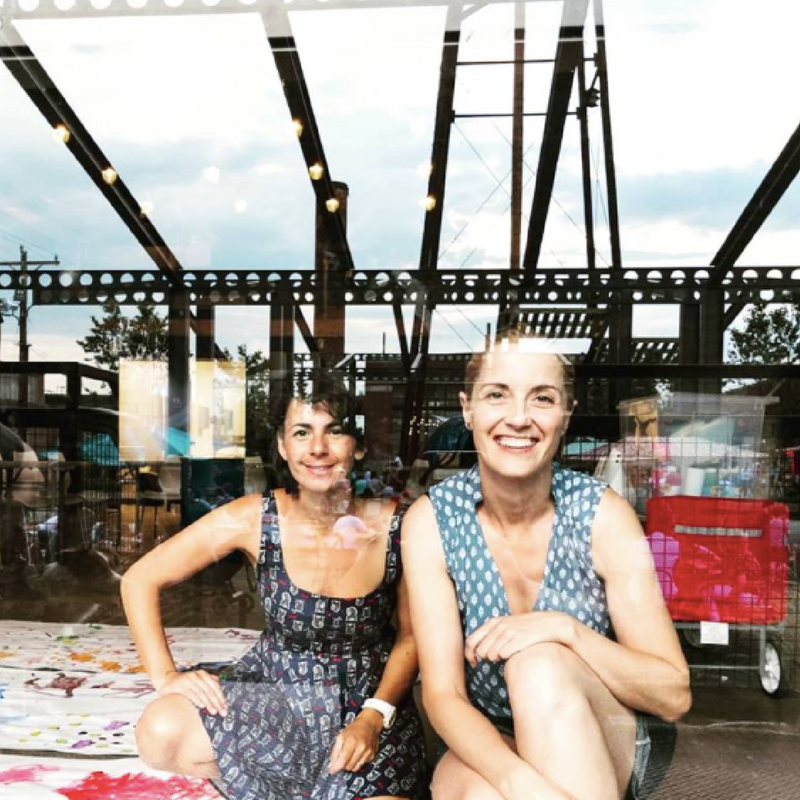 They’re qualified, too. Elo majored in business, and Sol is a visual artist, and both women have both taught conversational Spanish in countries such as Canada, Germany, Argentina, Mexico, and Spain.

Their camps and classes at Wing Haven Garden, Ruby’s Gift NoDa, and Camp North End have seen incredible growth from their students, per their testimonials from other Charlotte parents.

“What a treat to work with Sol, Elo, and the Art-Kiddo team! As promised, our child was fully immersed in Spanish as she experienced yoga, nature, and art. Camp was muy divertido, and we will be back for más!” – Katie Jolly, mother and educator

No matter if your child is a little kiddo (3 to 5 years old) or a big kiddo (6 to 9 years old), there is so much opportunity for bilingual learning with Charlotte’s Art-Kiddo. Kids can explore art and nature while learning a second language with the ongoing classes at Wing Haven Gardens after school. Or, you can sign up your child for one last summer hurrah: the E-ART-H camp beginning August 20 and running through August 24.

The E-ART-H camp is a half-day of bilingual fun focusing on outdoor play: arts, earthy crafts, dancing and yoga. Topics will include pollination, local plants and flowers, seeds, insects, bees, butterflies, birds and feathers, woodland creatures, fairies, gnomes, and Mother Nature, and kids can express themselves through a variety of arts. Painting, drawing, collage, prints, crafting, mosaics, mask-making, dancing, yoga, and stories are all fair game at this enrichment program.

All classes right now are Spanish-English, but Art-Kiddo will be adding other languages, such as French-English and German-English as early as September 2018.

The E-ART-H camp starts August 20, and there’s still time to sign up! Head to this link to sign up your child, or go to art-kiddo.com for more information.